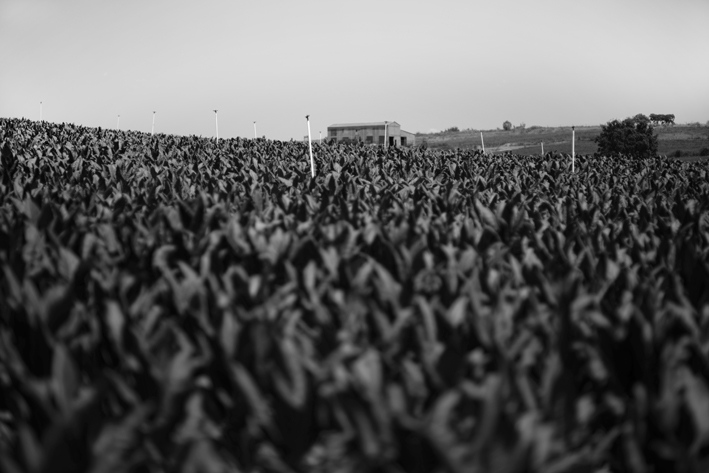 Tobacco plant is native from America, present in many of its ancient cultures as a sacred plant. The botanist Francisco Hernández de Boncalo brought the first seeds to Europe, in 1577, these were planted around Toledo in an area called the -Cigarrales- (for pests cicada); there's where tobacco cultivation began in Europe, so some historians associate the name of -cigarro- with this fact. Tobacco is marketed worldwide (except Bhutan), some countries has restrictions by its adverse health effects (tobacco was not a social health problem until the Industrial Revolution and mass production). Extremadura represented 90% of country production; reduced over the years by the different economic and social policies (it has gone from 17,000 producers in the 90s to just 3,000 today).