More than fifty years after Palomares (Almeria, Spain) nuclear disaster there are still many doubts about the official version; classified documents, secrecy and silence make it very difficult to know what steps were taken and the impact on the area and population. To date, Center for Energy Environment and Technology (CIEMAT) performs periodic analyzes to 150 inhabitants of the village of Palomares (Indalo Project).

In the accident (1966) nuclear fuel has spread for more than 266 hectares, radioactive compounds of alpha category do not penetrate the skin but those are harmful if inhaled or swallowed (aerosols attached to land and airborne dust). For someones the most important catastrophe in history with nuclear weapons (the four bombs carried mostly Plutonium [Pu], with an expectance of 80 million years). The efforts of some people allow us today to move towards more knowledge of what happened there, in one of the most obscure and unknown events of the Spanish dictatorship during the Cold War.

Epidemiological report by Doctor Pedro Antonio Martinez Pinilla, that for decades conducted studies on Palomares population, demonstrate the existence of contamination: In the first study in the years after the accident he hasn’t found increase of deaths by tumor development. But in the second study, 20 years later, he found an increase of tumor development in the town, setting a latency period of polluting waste. A thorough study that provides some answers and some more questions.
The American Army occupied the zone for a few months setting Camp Wilson and proceeding to the work of cleaning, but they didn’t finalize it (they took away only 3% of contaminated ground). Since 2010, it is underway the Palomares Rehabilitation Planning for removal of the remaining land with contamination and transfer to the US for disposal. Until now nothing has been done, the ball is on the roof of the highest authorities of the National Security of United States of America, the residues still in Palomares.
COLD DISASTER
(FULL STORY AVAILABLE BY REQUEST) 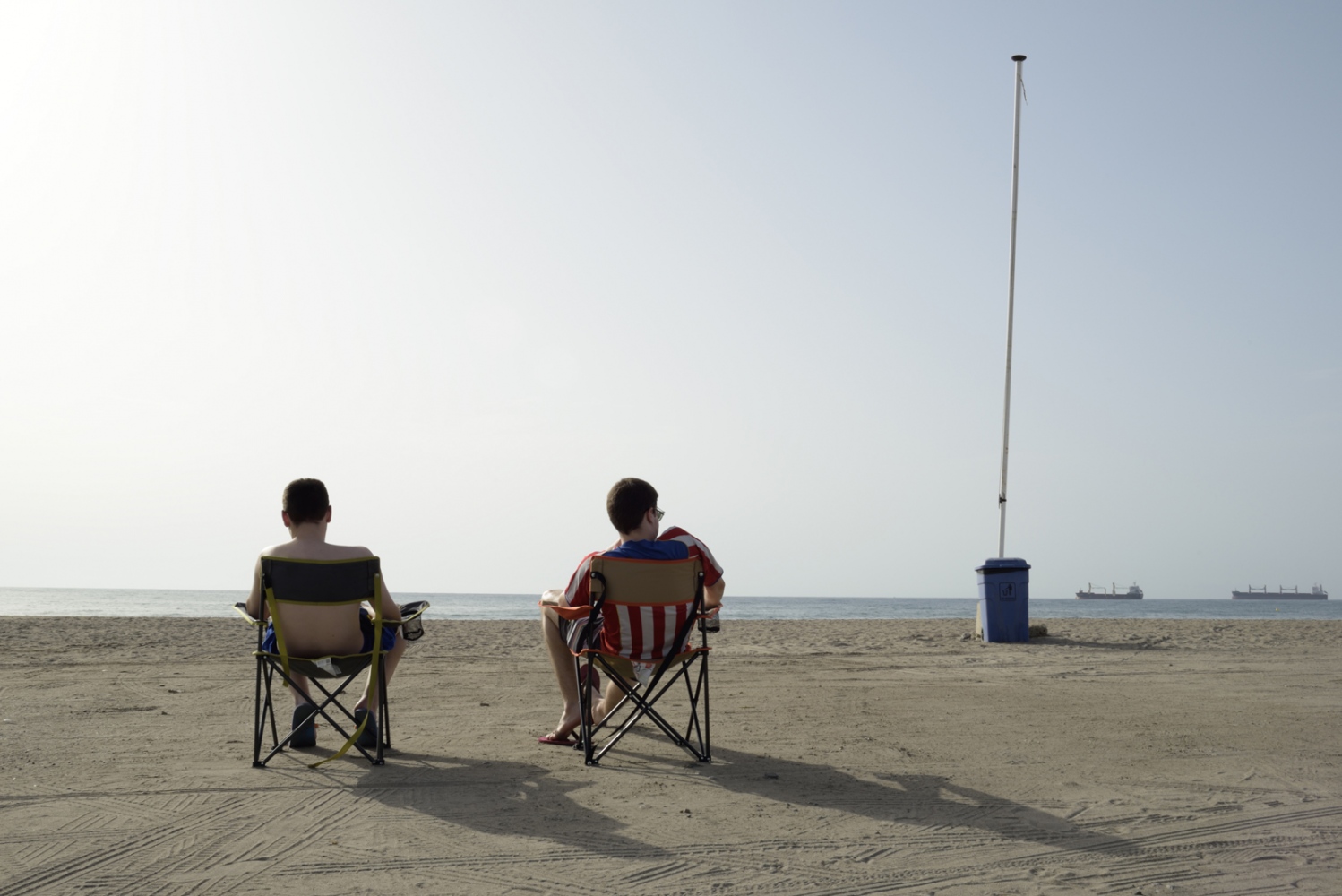 Captions
The censored Franco’s newscast and the international press just echoed this catastrophe showing images of Spanish minister and US ambassador carefree attitude, bathing away from areas truly affected (bomb4 fell on the sea, 8 kilometers away. It was apparently intact; but by recent studies, Almerian coast contains the highest concentration of plutonium in all Mediterranean). Quitapellejos beach. 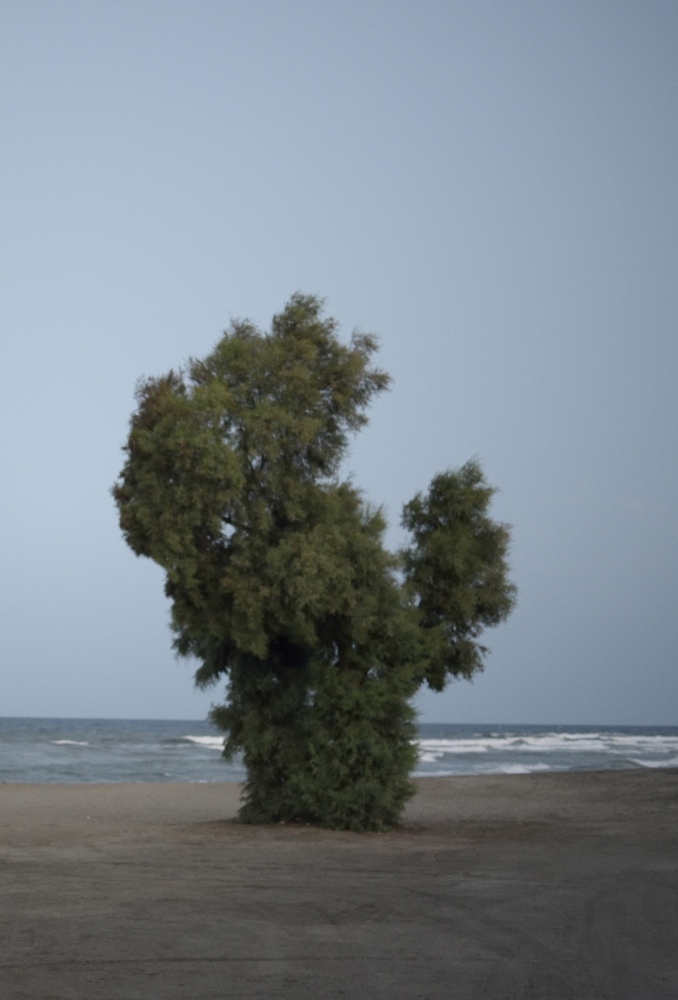 Captions
Almanzora River (bomb1) is a dry river with partial pools of water at its mouth; although neighbors say that "when comes water take-all". In 1973, the water comes and a large volume of ground was shifted to the sea, renewing the river and the land of the hillside. There are no reports on land poured into the coasts of Villaricos and Vera Playa (nearest locations). 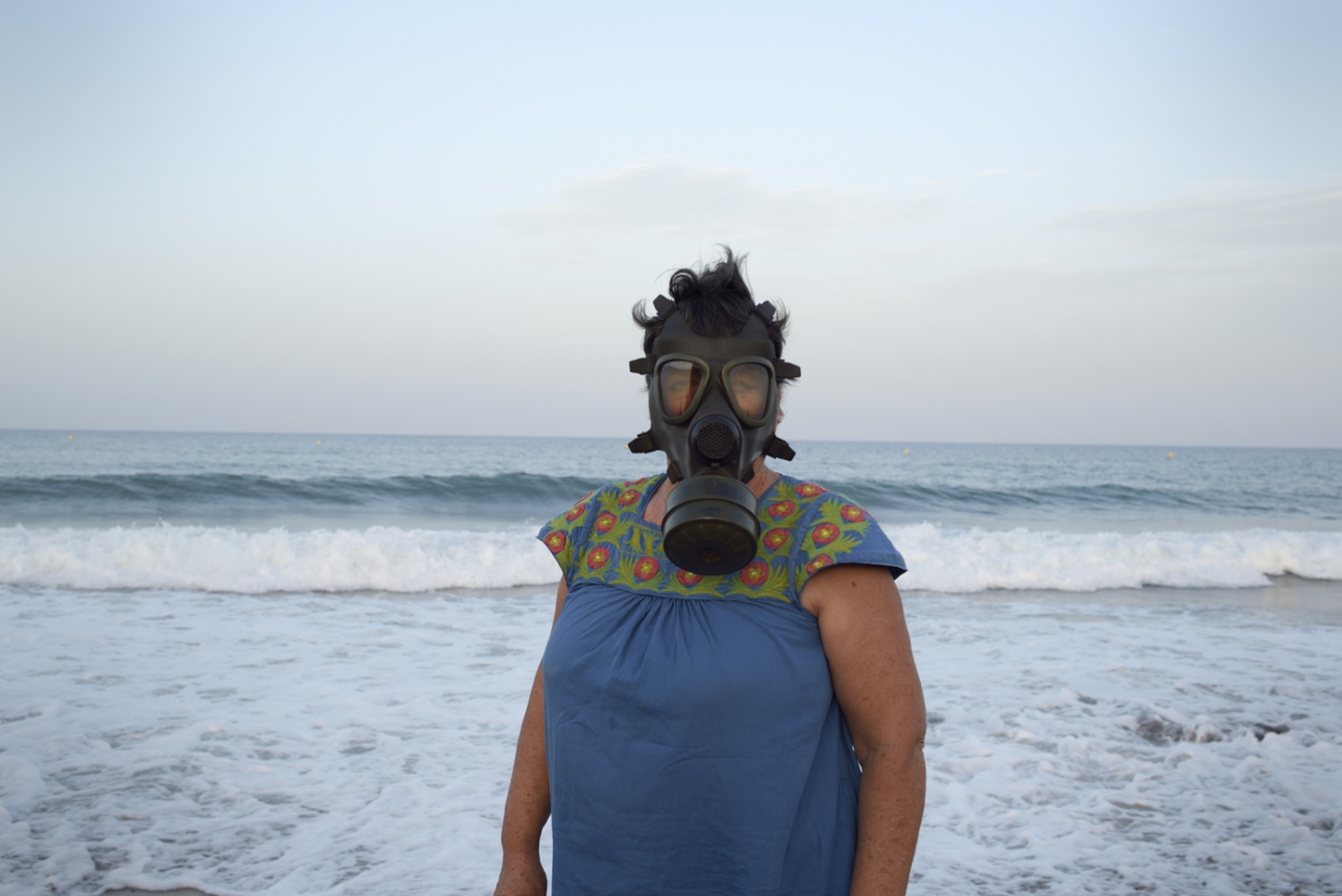 Captions
Mary is an entrepreneur in the area, she was born in a farmhouse where the planes looked perfectly: -"It was our entertainment; every day at 10:30 am airplanes stopped to refuel in the air, that day something exploded". She has participated in the March of Palomares led by the Duchess of Medina Sidonia (Luisa Isabel Álvarez de Toledo), protesting about military maneuvers in the zone. In the picture she pose with a mask protesting about lack information and actions by authorities. 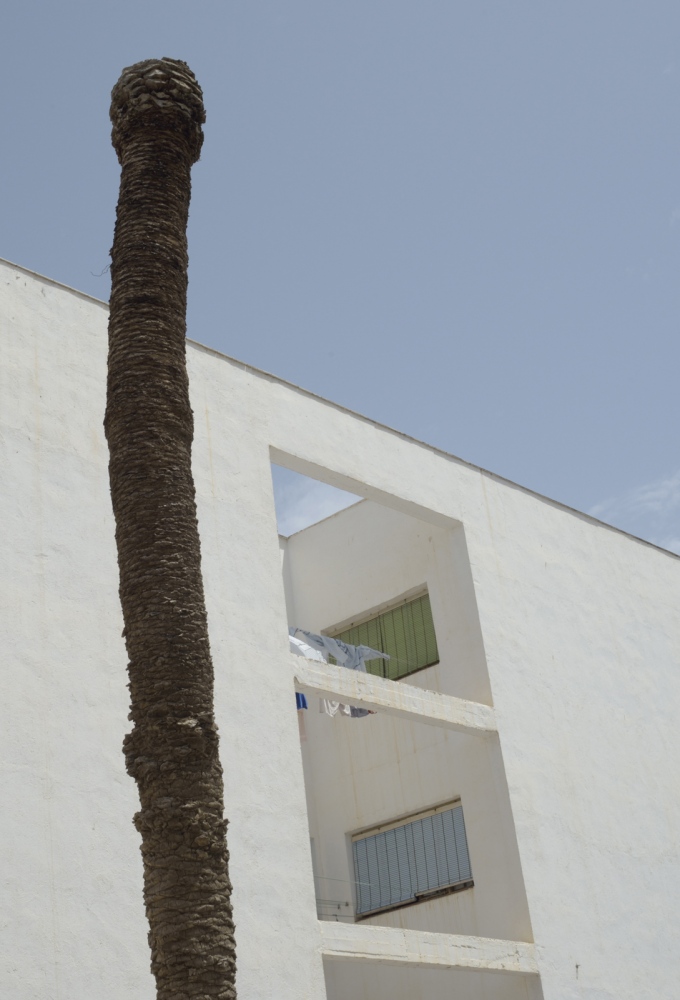 Captions
One of the bombs landed apparently intact, by parachute's functionality, in the Almanzora river but later a language dispersion was discovered, it had spread down the slope of a hill to the east, called zone6, close to growing greenhouses. 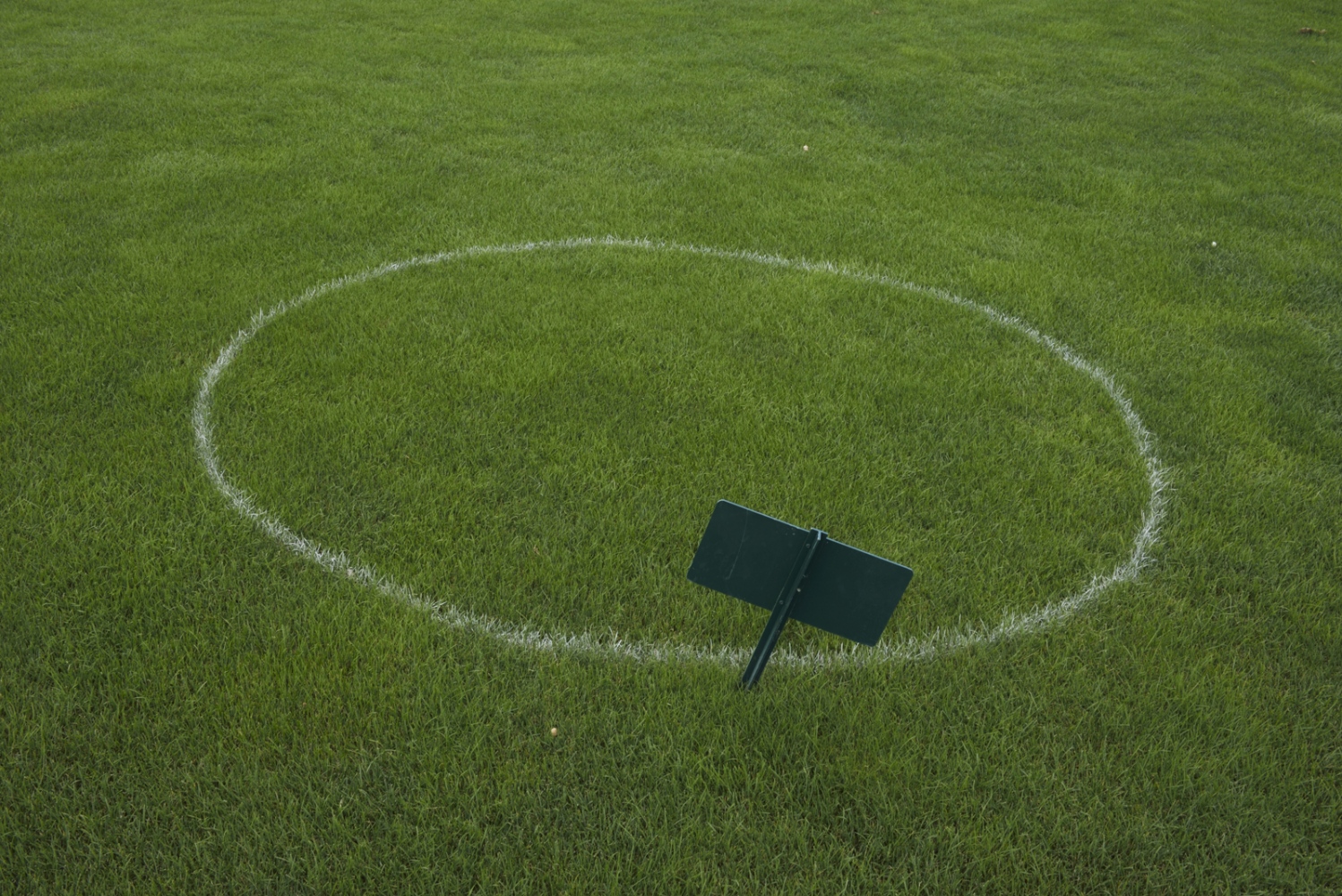 Captions
The remains of the fuselage of the aircrafts were found by the surrounding mountains (Almagrera and Algarrobina) and also gave radiation levels. Today in Sierra Algarrobina there's a holiday golf resort crowning the hill. 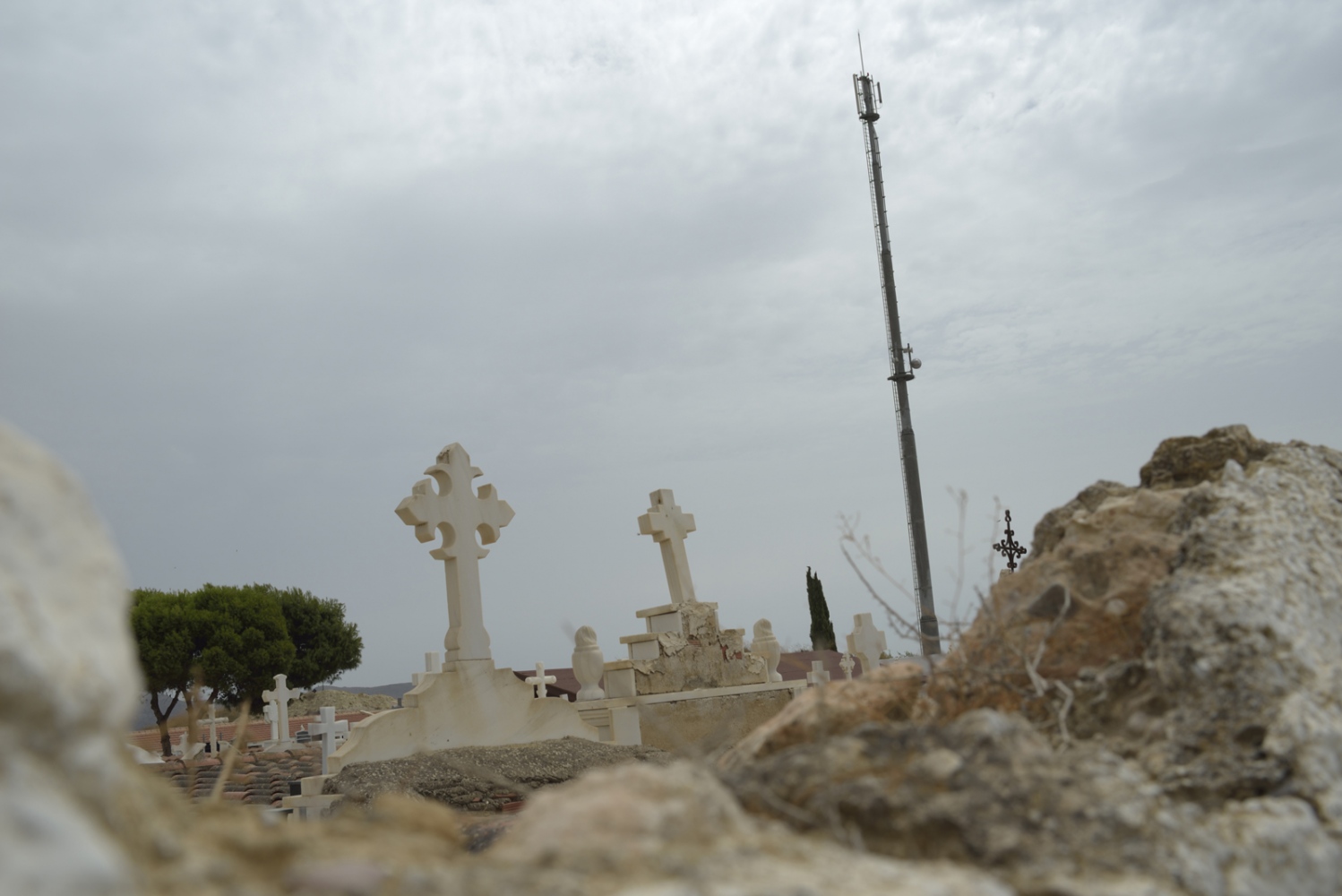 Captions
Bomb2 crashed near the cemetery, creating a huge crater; it is one of the larger bounded areas, with different environmental measurement devices distributed around the graveyard. 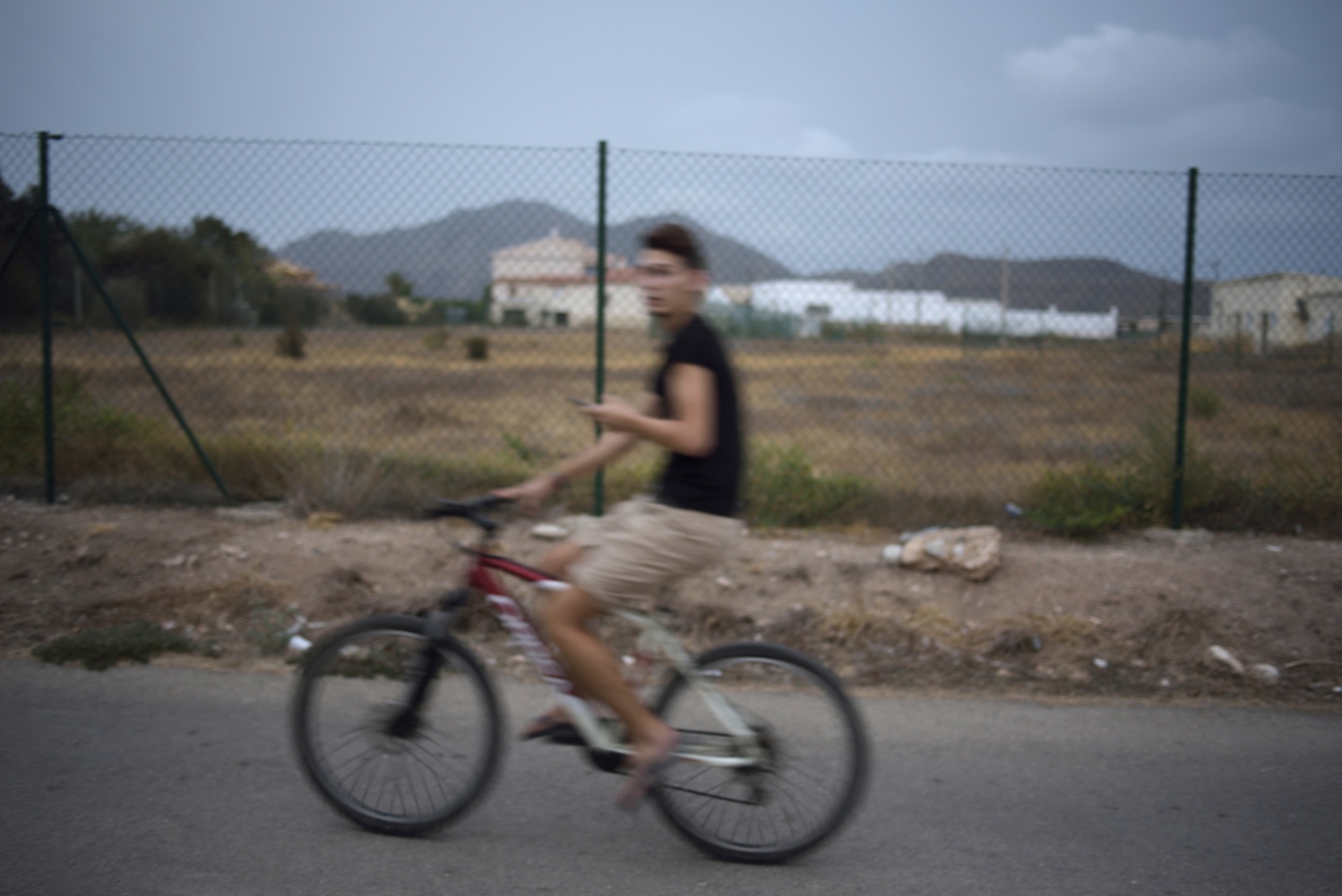 Captions
The bomb3 full hit at the village of Palomares, affecting crops and houses; the zone continue fenced until now, becoming part of the current Indalo Project by CIEMAT. There are several houses just few meters form afected area; neighbors apparently show no concern but very few have wanted to talk about. 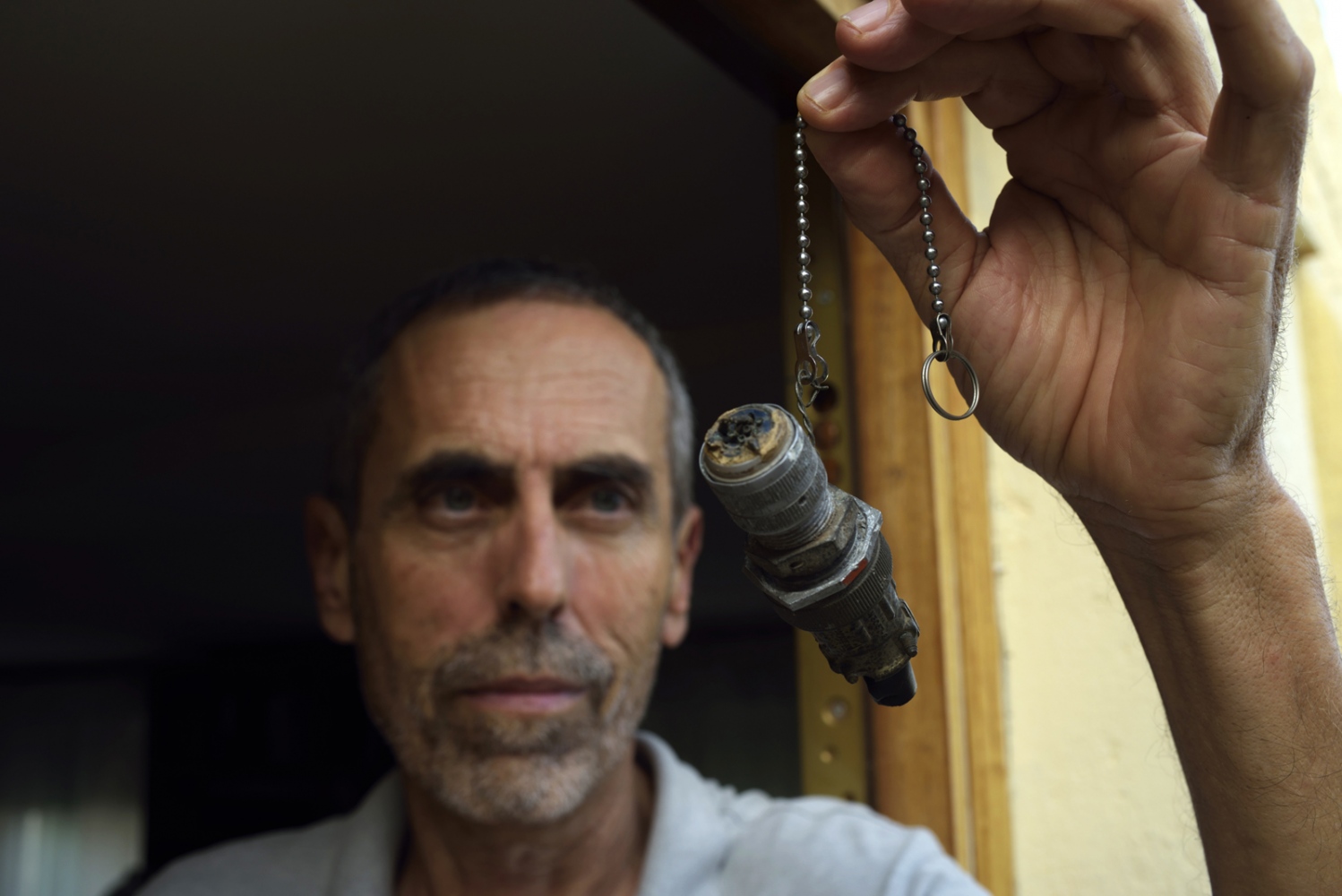 Captions
José Herrera Plaza is a great investigator on Palomares Incident and the consequent Indalo Project. He participates in a documentary and currently he's launching the last edition of a book on this matter. He explains fluently the phases and characteristics of hydrogen bombs that carried the B-52 and the complex security system that was decisive for not producing an holocaust. In the picture he's holding a contaminated piece of one of the aircrafts found after the accident. 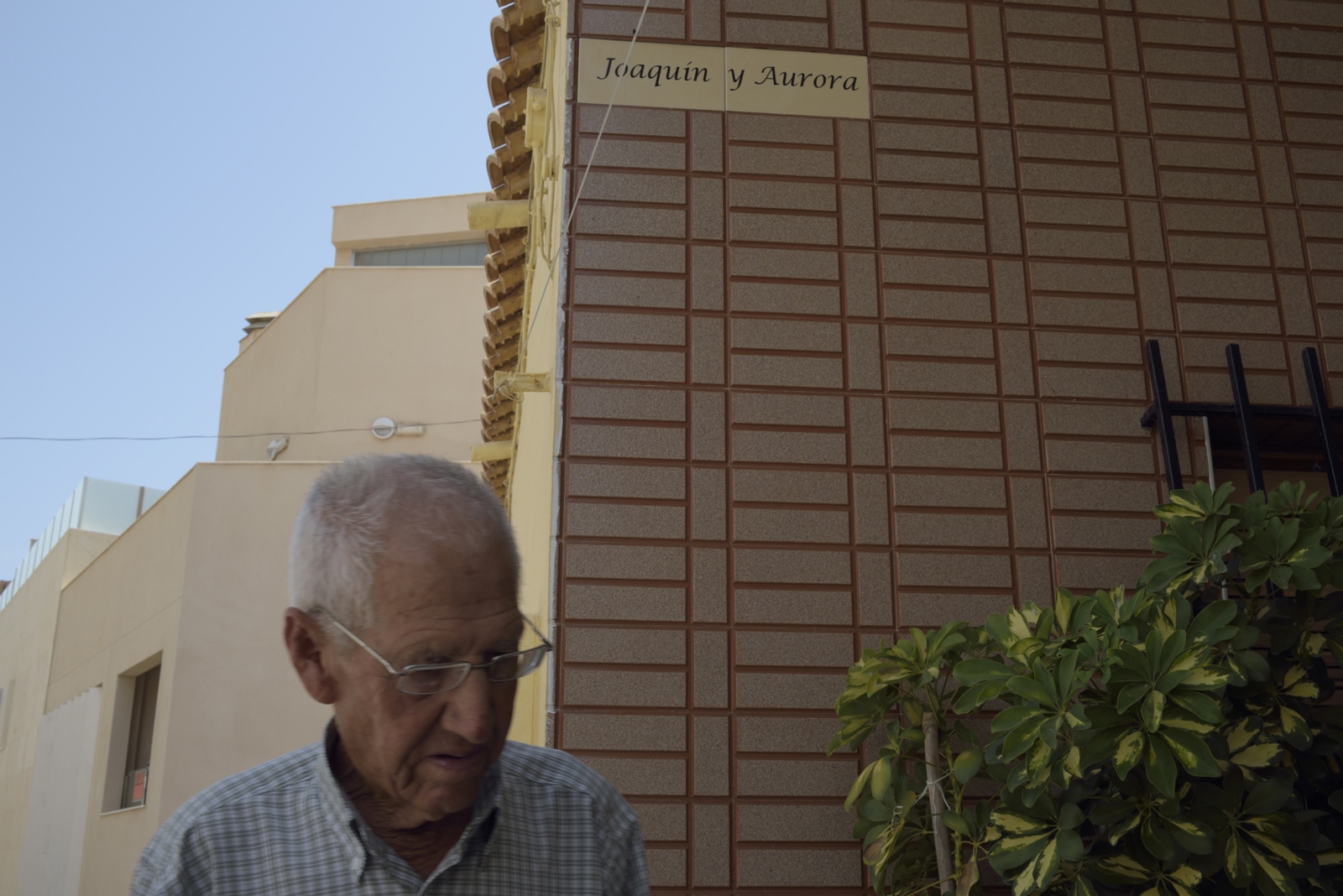 Joaquín is a fisherman of Villaricos, he was the neighbor's spokesman after disaster. Despite his efforts only to the people of Palomares got attention; the villages of Villaricos, Vera and Garrucha were never included in the subsequent Indalo Project, even finding a few distance from the radioactive components and therefore vulnerable to aerosols of plutonium powered by wind and possible leaks on land and sea . He remembers well the first hours when neighbors quieted aircraft fire and rescued the pilots, without nuclear protection staff. "We were a long time without being able to fish and we haven't received any aid". From the terrace of his house, he marks the point in the sky where the accident occurred.