ONCE UPON A TIME TWO SISTERS OFFERED TO A CLERGYMAN TWO MARES -BESTAS-
IF DEFENDING THEM OF PEST CONTAGION ... THE ORIGIN OF THIS AFFAIR WAS A DEVASTATING PLAGUE

...In the period of the threat of plague, the sisters took refuge in a cottage not so far from the church. After the plague fulfilled their promise, giving the mares to the clergyman, who let the horses free in the forest, that in time multiplied by the nearby mountains (...).
This oral tradition could be based on any of the pests which no record that occurred since the second half of the sixteenth century. Since the early eighteenth century there are reports of the festive celebration with the fall of horses from the mountains. Still it is believed that the tradition is much older; could be pre-romanic, because petroglyphs found in the area represents men on horses.
This affair is celebrated every year, hundreds horses living wild in the mountains are directed to the town, to crop and mark them (now with microchips). The -aloitadores-, men and women, are in charge of holding the horses to proceed, using only their skills and their bodies to perform the work (they show great respect and wonder, so they're taking care of Saint's horses). Within the work done in the -curro- are particularly important tasks of internal parasite of animals, improving the sanitary conditions of the horses. South of the township there are located 13 herds of wild horses in the mountains of regional council (as well neighbors speak about a herd of extremely wild horses that hasn't been down the mountain since more than 20 years).
RAPA DAS BESTAS
(FULL STORY AVAILABLE BY REQUEST) 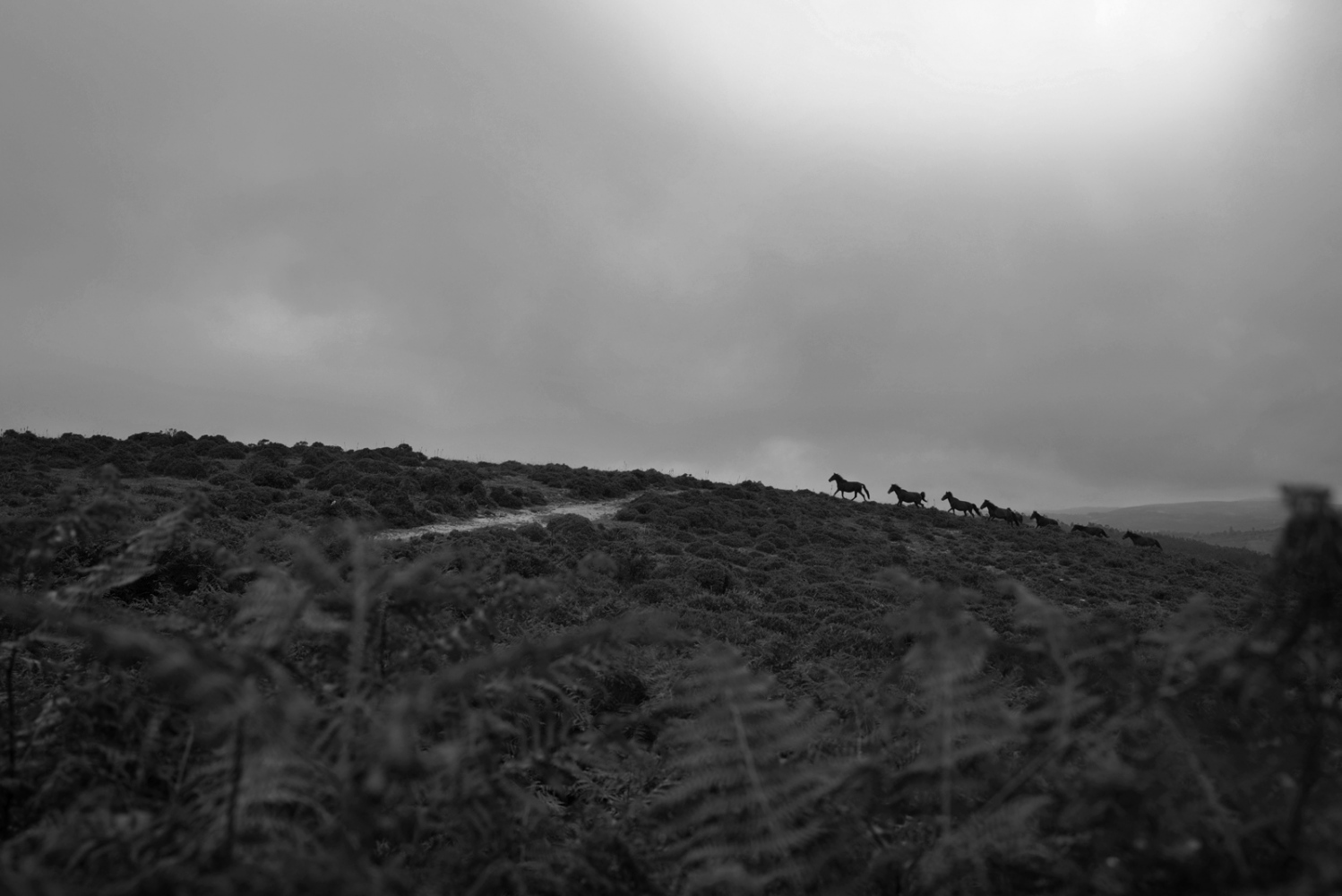 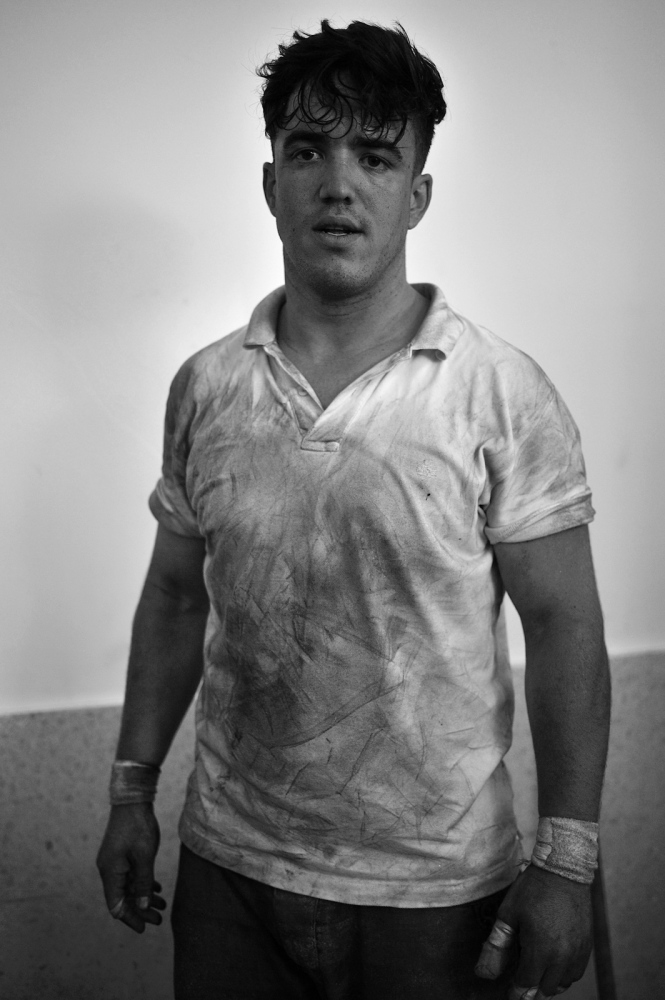 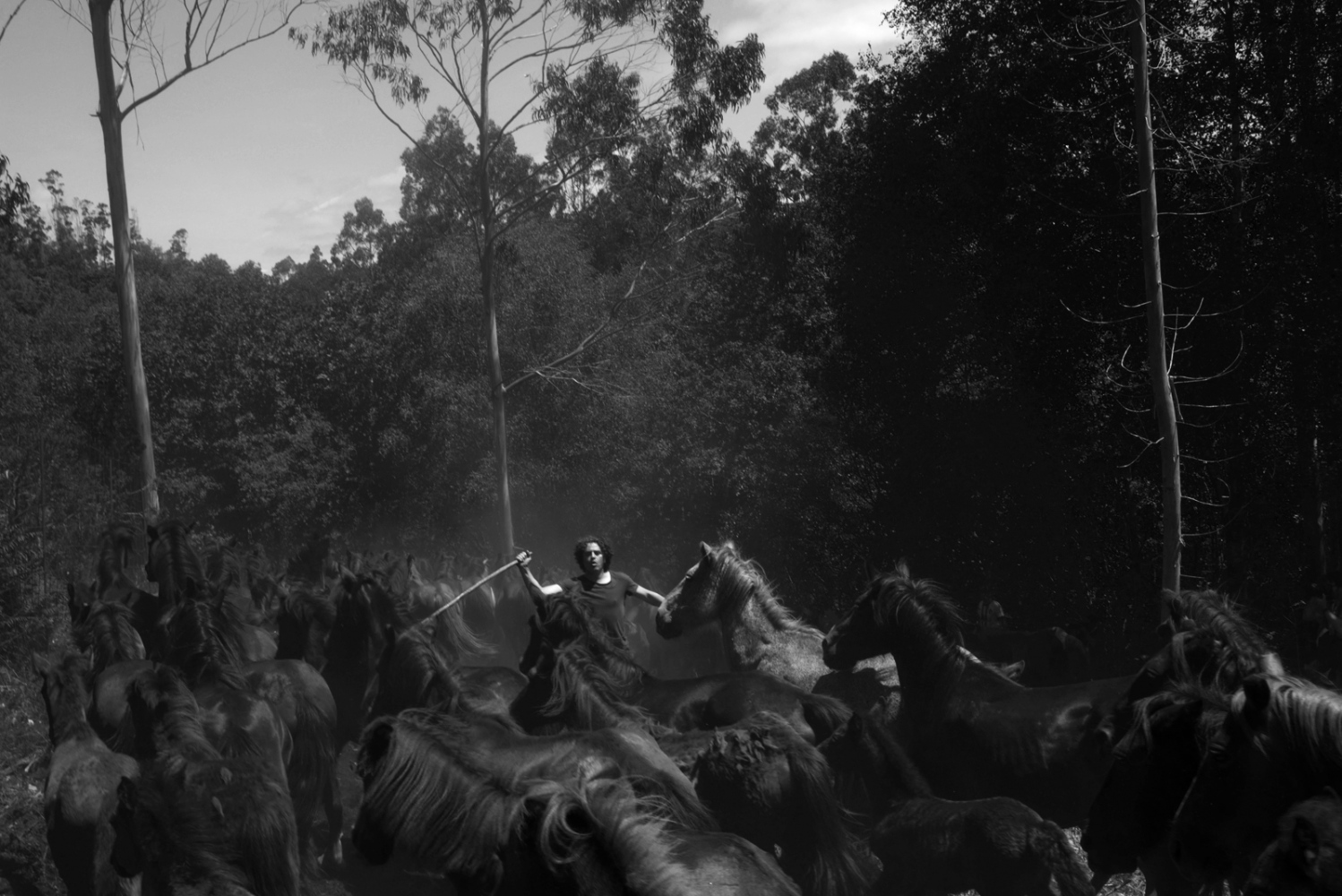 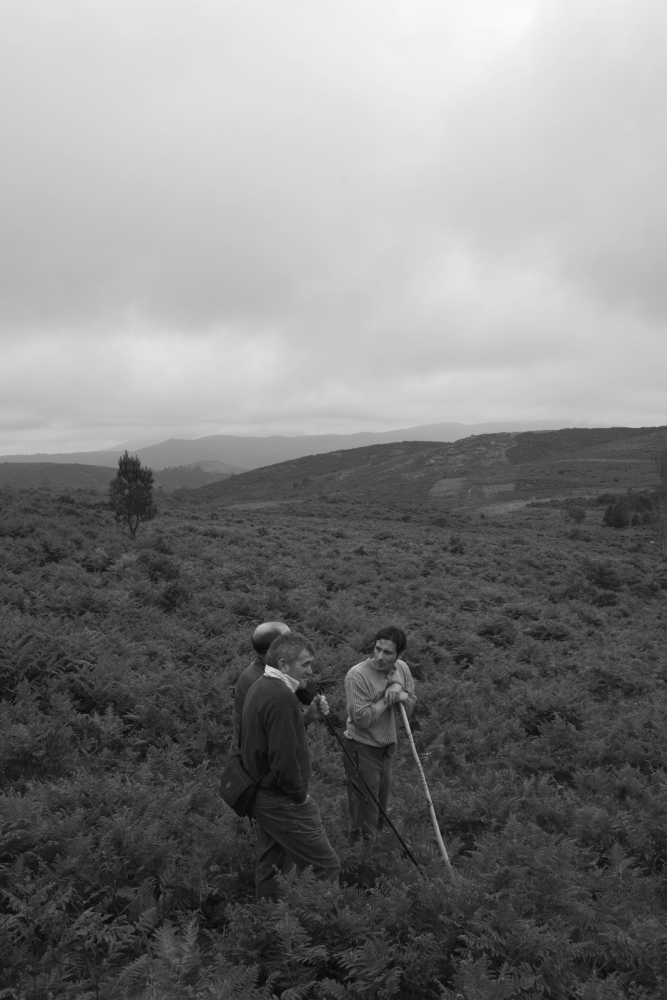 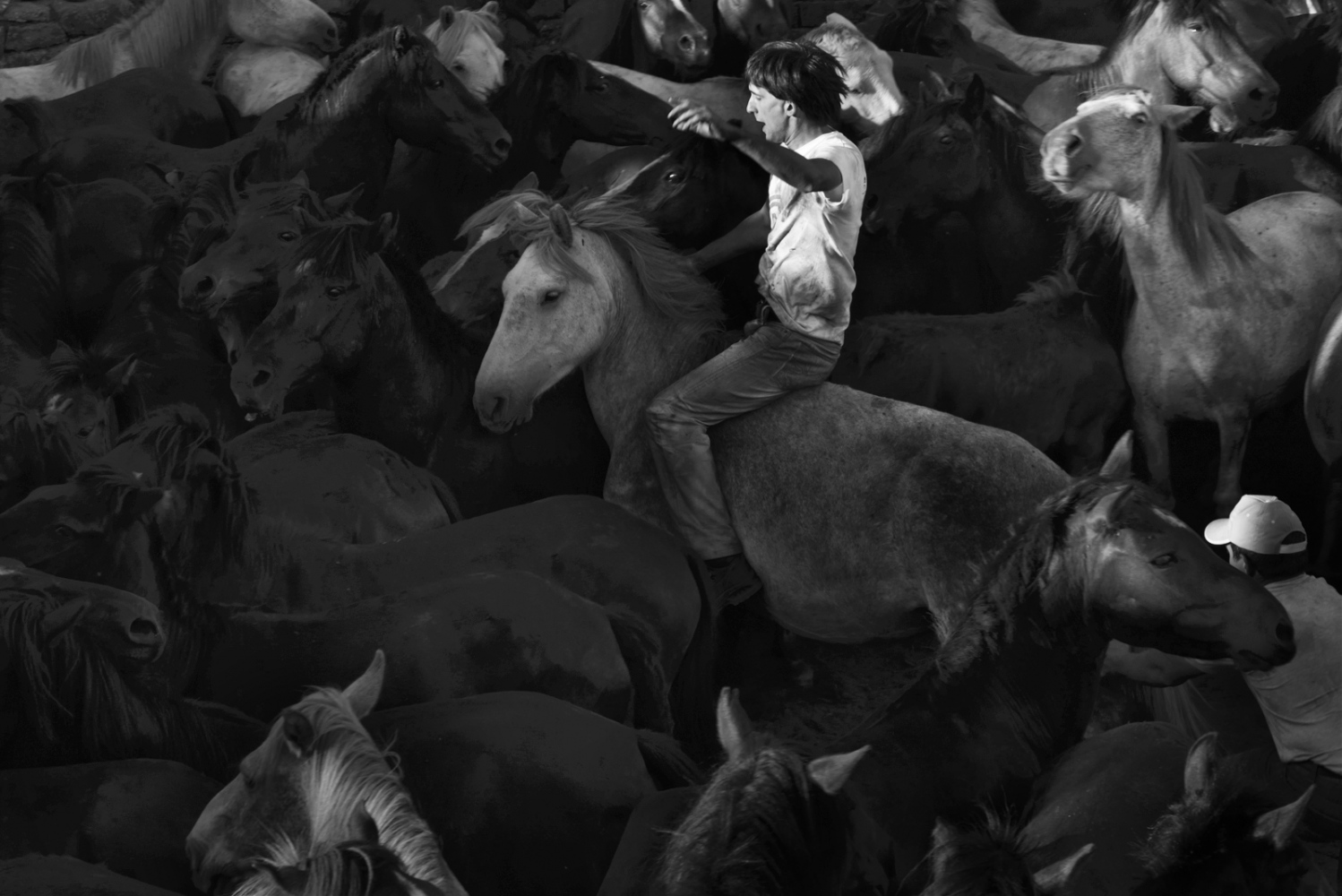 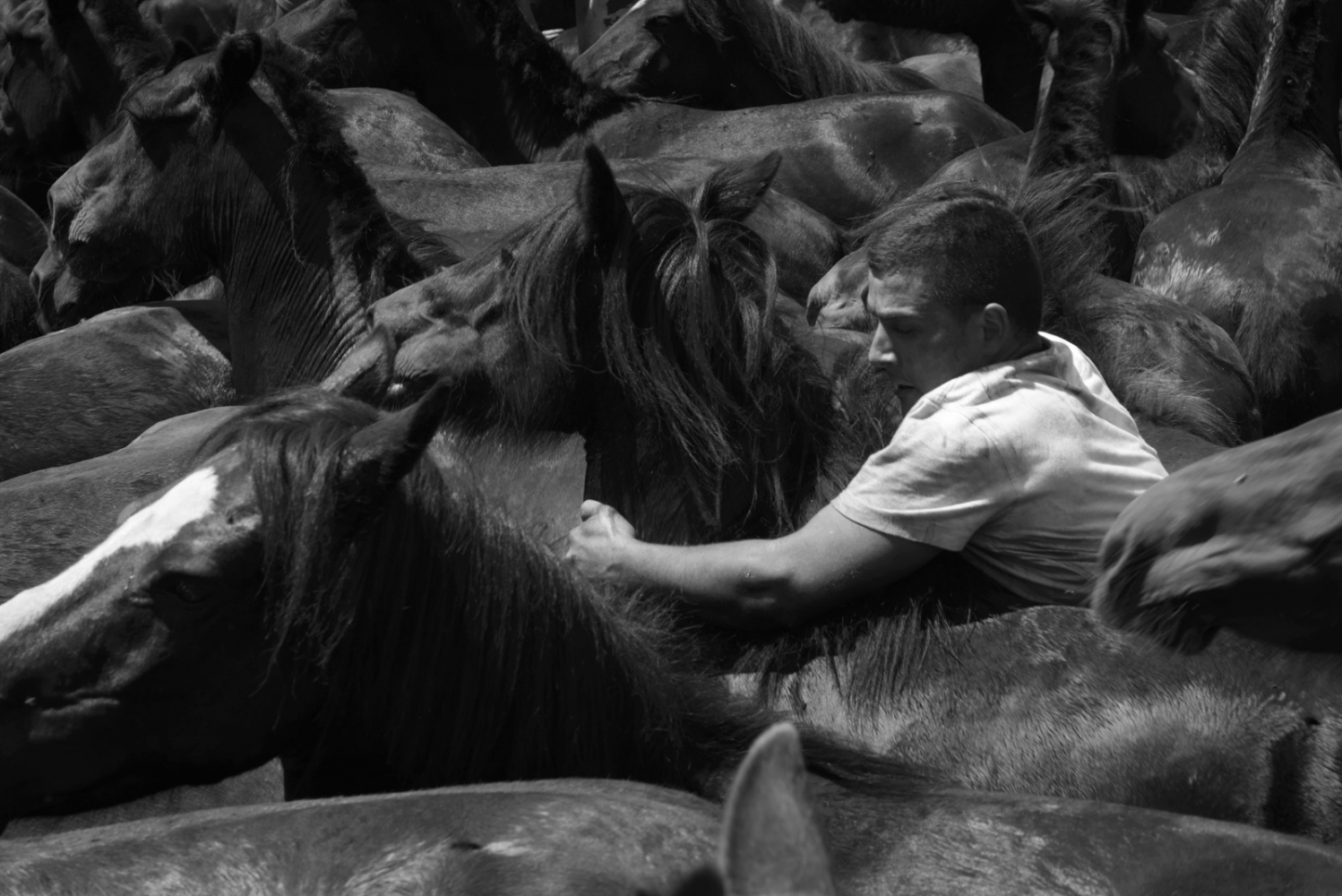 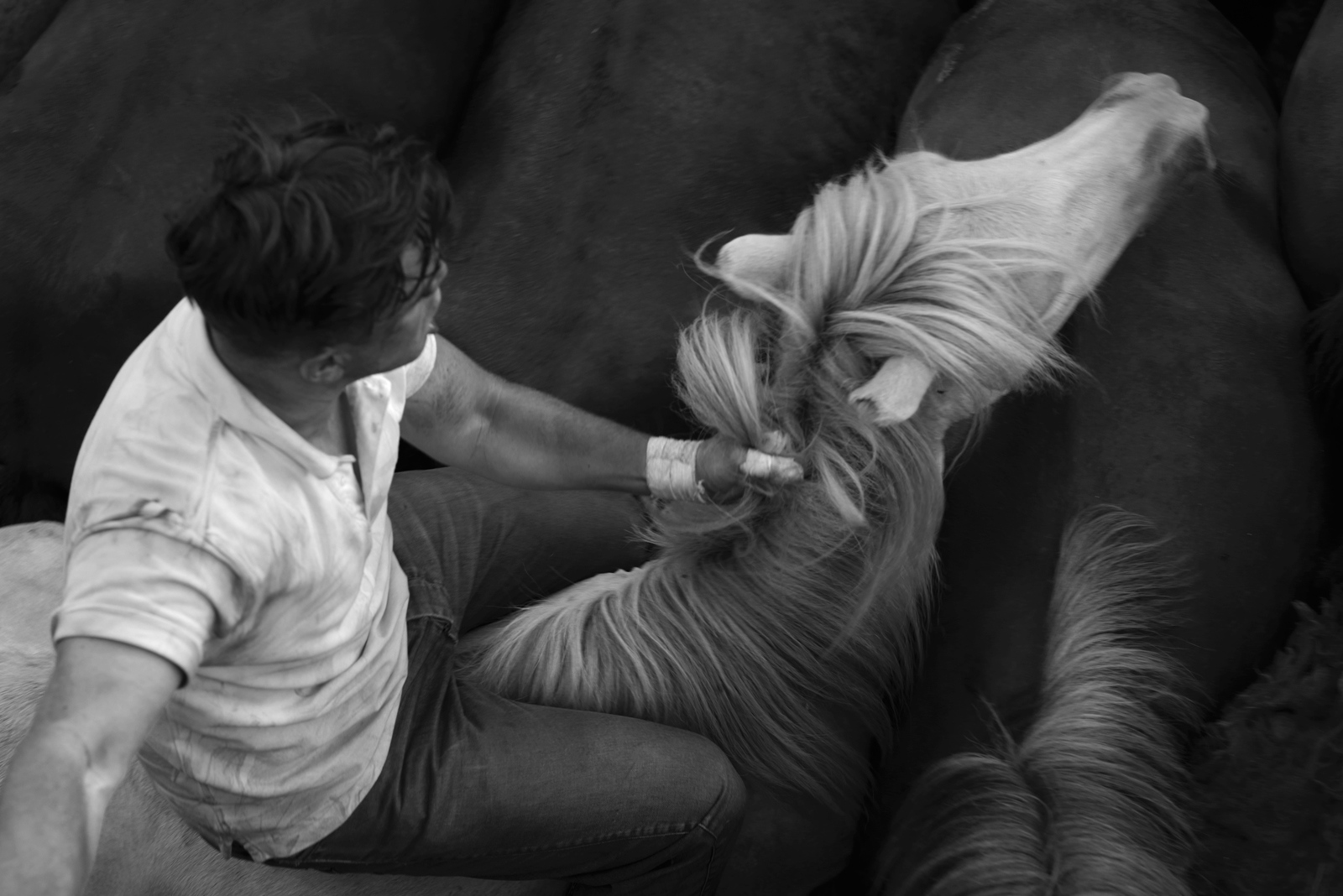 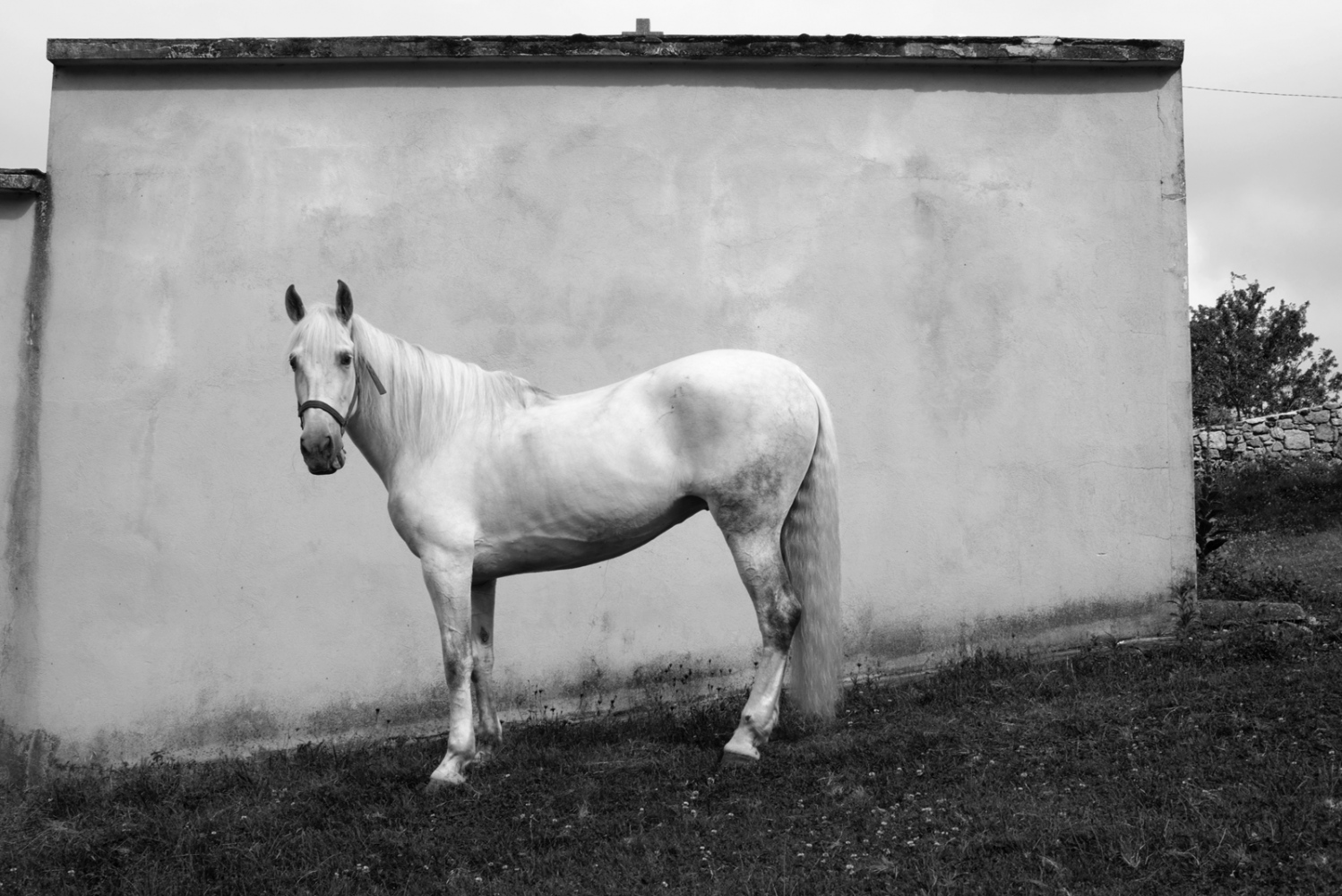 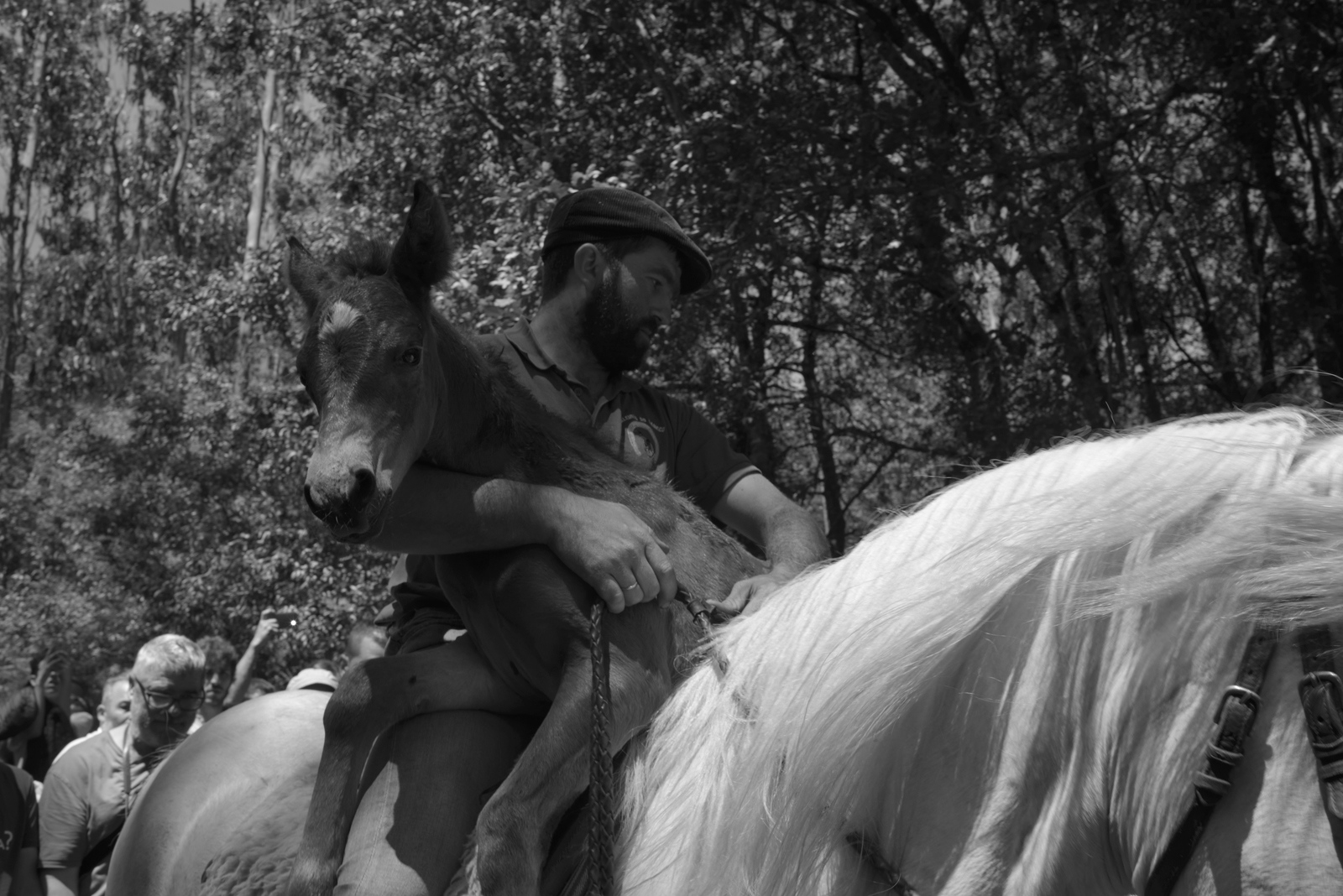